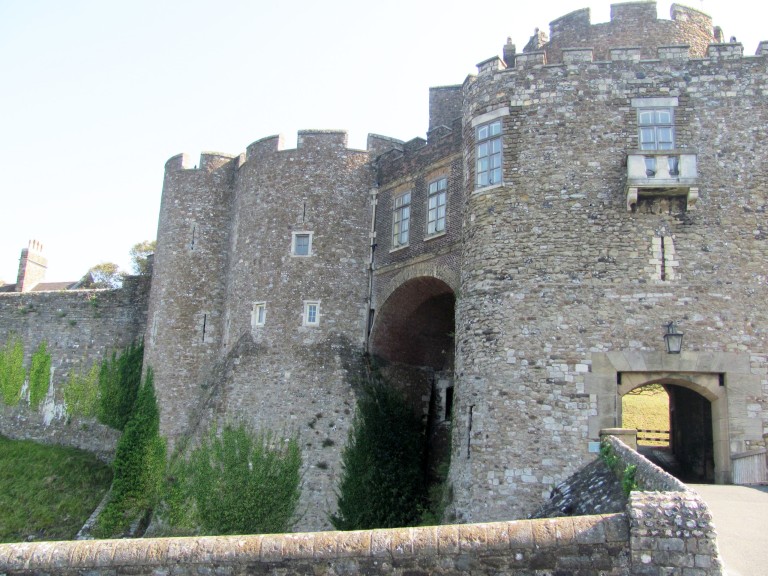 This post is brought to you by the following:

This scene from Monty Python & The Holy Grail is set in the imaginary Camelot (not Dover, England), but it’s one of my favorites, and as I visited Dover Castle, I found myself humming the tune like a complete lunatic. Especially the end little bit:

When danger reared its ugly head,

He bravely turned his tail and fled.

And gallantly he chickened out.

[It has come to my attention that some videos, since I’m posting in from the U.K., are not playing back in other countries, so be sure you google “Brave Sir Robin Monty Python” yourself.]

I entered through the Constable’s Gate on the north side of the fortress. There’s over 2000 years worth of history on the site, so it’s hard to know where to go first. I decided to work backwards and start at the WWII tunnels. 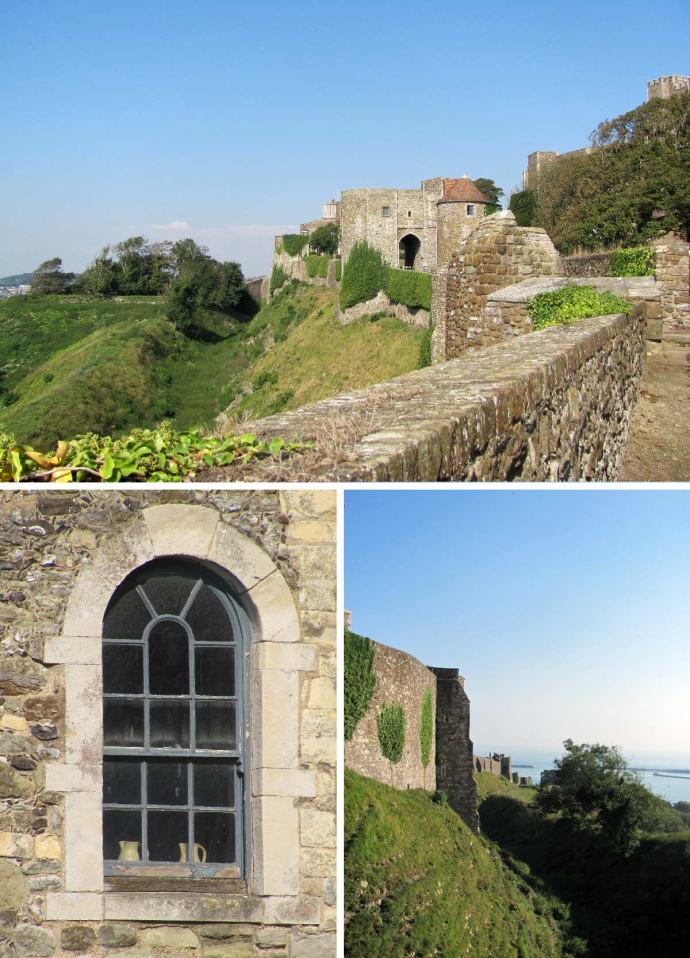 The fortress at Dover Castle has been a functioning and strategic defense point for centuries. Since the shortest way to get from continental Europe to England was to sail across the Straight of Dover, most of the time, they were defending against French invasion. However, during WWII’s Operation Dynamo, French, British, and Belgian troops were rescued from the beaches of France when they became surrounded by the invading German army. There is a tour available focusing on this rescue, although I didn’t go on it.

I did however, take the Underground Hospital tour. In the 1940s–by expanding underground tunnels dug back when Napoleon was a threat–the site at Dover grew to include military triage units, kitchens, a bomb shelter for Dover civilians, a listening center for decoding Nazi messages (think Imitation Game Enigma machines), and sleeping quarters for the doctors, nurses, and staff. (Source) Now, I’m not a fan of “playing war” (because in no way is war even remotely fun, and I think victors tend to have a weird fascination with war eras), but take the Underground Hospital tour if you can. They lead you through the dim tunnels, flicker the lights, and play (occasionally ridiculous) audio to give you an a tiny taste of what the atmosphere down there was like. I really recommend it.

Next, I explored The Great Tower, built in the 1180s under King Henry II. It served mostly as a place to entertain VIPs, plus keeping up a castle on such a strategic site served as a reminder to would-be invaders not to mess with England. The rooms inside are full of knightly goodness: shields, banners, and goblets galore. They even had a wood fire burning upstairs–the smoke stings your eyes and gets in your lungs, but it added to the vibe. Here’s when the Brave Sir Robin singing really kicked in.

I noticed the etchings shown below on the walls and started taking photos. A kindly guide, who probably needed to get out of the smoke and away from the teenager tourists taking selfies, volunteered that these were “graffiti” from P.O.W.s. Some go back to the days of King Henry II, but I found a few from the 20th century as well. 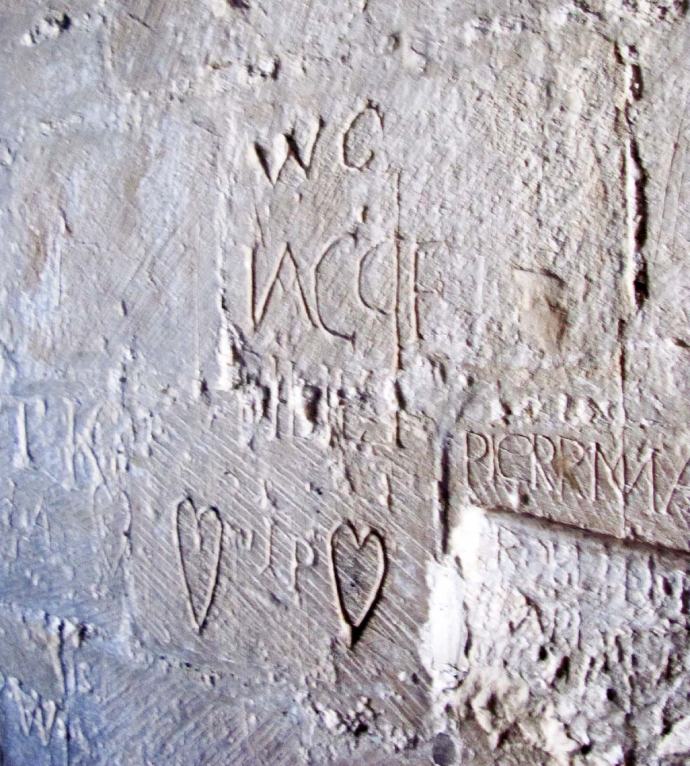 I wandered around the battlement walks–you get a great panoramic view of Dover– for a bit before I bravely ran away, away.