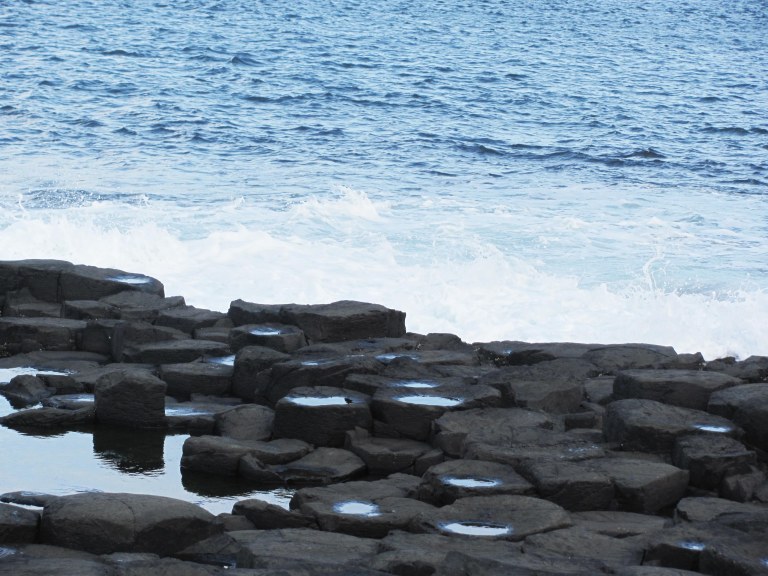 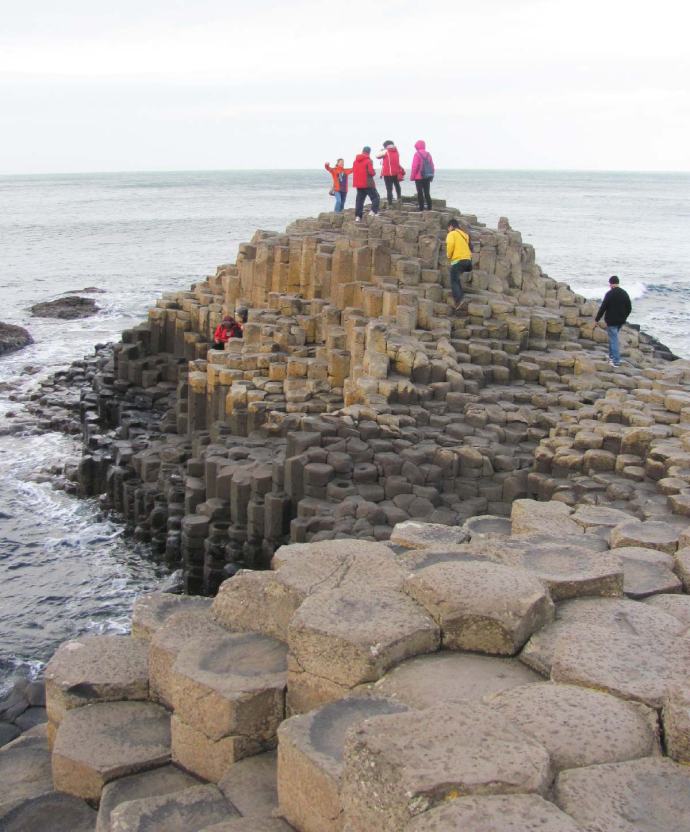 The science behind the beautiful Giant’s Causeway goes that thick lava cooled and cracked into the pattern (you’ll see similar shapes in a dried up river bed), but the fact is that Irish giant Finn MacCool was warring with a Scottish giant called Benandonner. The two spent years hurling insults and huge rocks at each other. After a particularly vicious insult, Benandonner was like, “Why don’t you come over here and say that to my face?”

Finn MacCool replied, “Fine, asshole. I will,” and got to work building a cobblestoned causeway between Ireland and Scotland. When it was ready, Finn crossed his Giant’s Causeway in the dead of night. He crept into Benandonner’s home and saw how massive the sleeping Benandonner was. He snuck back to Ireland, only to be followed by Benandonner the next morning.

As Benandonner’s steps shook the earth, Finn was in a panic. Finn’s quick-thinking wife Oonagh (pronounced “Una”) had an idea. She swaddled Finn in a blanket. Two thunderous knocks shook the front door. “Where’s that jerk, Finn McCool?” bellowed Benandonner.

“Sssshhhhhhh!  I’m Oonagh, Finn’s wife. Finn is out hunting, but you’re welcome to wait in the great hall. But you must be quiet or you’ll wake the baby.”

Benandonner took one look at huge baby in blankets on Oonagh’s lap and quickly did the math. If Finn’s baby was that big, Finn himself must be ENORMOUS. Benandonner excused himself and ran home, tearing up the Causeway as he went.

Moral of the story: Once again, a woman had to solve the problems created by male ego. Sorry, it’s Election Day in the States. Had to get that in.

This story is more or less courtesy of my guide David at Irish Tours Unlimited. I say “more or less” because I’m writing this a few weeks after the tour. I don’t remember the story exactly as David told it. Full disclosure: I’m not Irish, but I have been assured that part of the fun of Irish oral tradition is that every storyteller gets something right and something wrong. So I invoke and revel in that privilege.

I thought a guided day-trip with a bunch of other tourists on a bus would be lame, but it was truly one of the highlights of my trip. Click this link to check out the tour from Belfast to the Giant’s Causeway. I can’t recommend it enough. And no, they’re not paying me to say this. Heck, they don’t even know I exist.

The tour started with a stop at Dunlace Castle. We didn’t go in, but it was a great photo opp.

Dunlace Castle was built around 1500 by the rich MacQuillan family on a precarious cliff on the Antrim coast. Fifty years later, the castle was taken by the MacDonnell clan. There were already tales of lost love, ghosts, and banshees swarming around the castle, but one stormy night, the kitchen slid into the sea, solidifying the castle’s reputation as “cursed.”

For fun, I listened to Dunlace Castle by The Irish Rovers on the bus after this stop. The lyrics tell the tale of the castle, but I’d never really paid attention before.

Next, we stopped at the Old Bushmills Whiskey Distillery. Now, whiskey is my drink, but I was so excited to get to the Causeway, I couldn’t really focus.

I then found Whiskey in the Jar by The High Kings and  Whiskey, You’re the Devil by The Clancy Brothers on my iPod and listened away.

Next was the Giant’s Causeway. It’s like a big geometric, adult playground. It was swarming with people, but just like at Arthur’s Seat in Edinburgh I thought everyone was just the tops. The pattern in the rocks is unbelievably uniform. Add in the whipping wind, crashing sea, and green cliffs towering behind you, and you can’t ask for anything better. 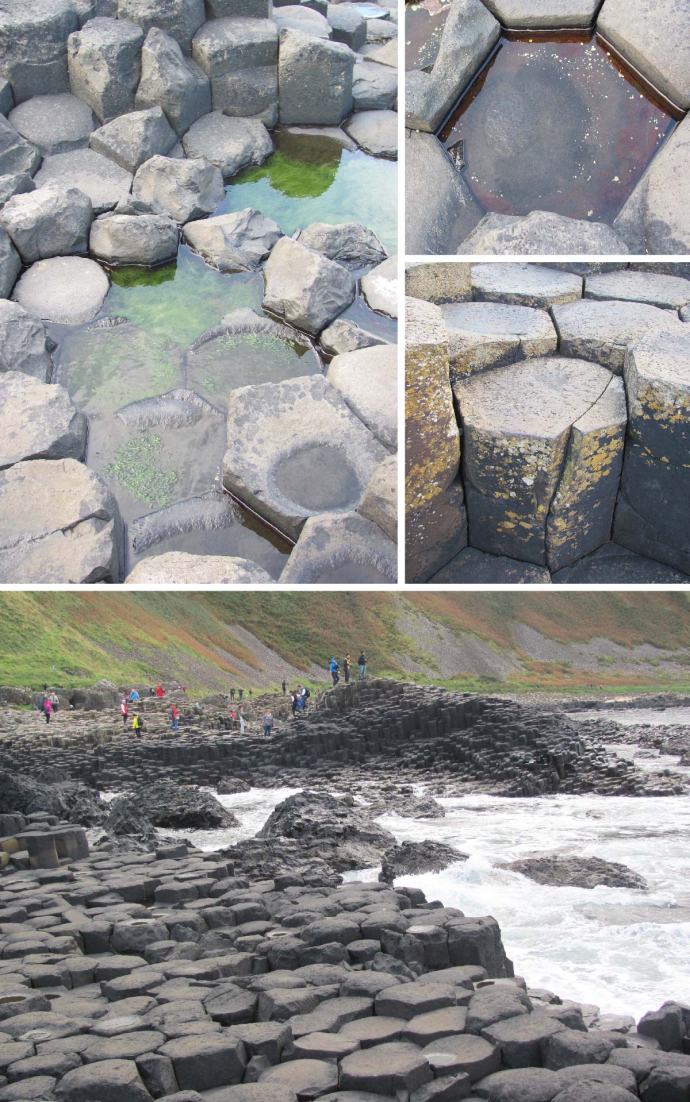 Next, we stopped at the Carrick-a-Rede Rope Bridge, a tiny, rope suspension bridge used by fishermen and the stuff of nightmares for risk-averse people like me. I was all geared up to cross this thing (even had already changed into my Big Girl Pants), but the bridge was closed due to high winds in the wrong direction. What a pity.

The coastal walk is truly breathtaking, plus this is where some scenes from Game of Thrones were “fil-im-inned”, as tour guide David would say. To keep with tradition, I had to find a song to go with the bridge! Give Carrick a Rede by Dallahan a listen. Thank God for Spotify Premium.

After a long day, a bus-load of sleepy tourists were then shuttled back to Belfast along the coastal road.

This post brought to you by Giant’s Causeway by …They Will Know Us By the Trail of Dead. I’m such a word girl and usually don’t listen to songs without lyrics, but this sounds so much like a volcanic eruption! Fun fact: the Giant’s Causeway is also featured on the album cover of Led Zeppelin’s Houses of the Holy album.