If anyone is still tuning in after 6+ months, I appreciate you! It’s been a while since I last posted. I came home from Europe in November to vote in the election (what a bust!) and have been busy settling into a new apartment in Salt Lake City. I have a 9-5 job again, so for the time being I’ll be blogging a little closer to home. I’m beginning to suspect I’m a person who thrives on the drama of feeling unsettled–when I’m traveling, I long for my routine, but when I have one again, I’m suddenly inspired to get up and go and write again. (In the past few days, I’ve found like 6 new songs about New York City and another one about Chicago, so I feel like the universe it trying to tell me something…) I know there’s a balance to be struck in here somewhere–so it’s a process.

Anyway, today is the first in a series of posts that I’m super excited about: how to “tourist” in a place you already know. Or at least you THINK you do.

Obviously, I’m a big advocate of getting out of dodge in a dramatic way when you need to, but it’s easy to forget wanderlust can be easily (and might I add, inexpensively) satiated in your own backyard. I’ll be sharing my mis-adventures of the ideas below one-by-one over the summer (and–in true Beating Path form–sharing music from the 90s and 2000s that I’m only just NOW discovering), but I wanted to release the list all at once. Enjoy!

#1. Pretend you actually are a tourist.

Stock your fanny pack and grab your selfie stick because it’s time to take a thousand pictures of a place you’ve been before! Or maybe you’ve been avoiding that restaurant or beach in town because of all those annoying shoobies.

Even if it turns out to be the tourist trap you thought it would be, at least now you’ll know.

The best way to explore a new place is to get lost. Preferably on foot. Mimic this by walking in circles ON PURPOSE and you’re sure to discover something new. (In theory, this should work super great in grid-system cities–and Salt Lake is a prime example–but I’ll let you know once I try it).

#3. Change your mode of transportation.

Ditch your car and walk! Or take a roundabout bus route to your destination. It’s easy to turn on auto-pilot when you’re familiar with your route and surroundings, so try a new way to get to a place you were going anyway.

From space you wouldn’t be able to see where Canada starts and the U.S.A. ends, but human beings are weird and arbitrary and mean and like to divide things up to make themselves feel better. This happens in cities and even in neighborhoods too. Go to a place where lines are drawn. Think country lines, city limits, railroad tracks. Think edges of forests or river banks.  Interesting things happen here.

#5. Then cross that fucking boundary.

There can be a million different versions of the same place, even in the smallest towns. The east side is always different from the west. And it can be scary to cross into the unfamiliar side, but you’ll be better for it. Keep your head up and your eyes (and your mind) open. 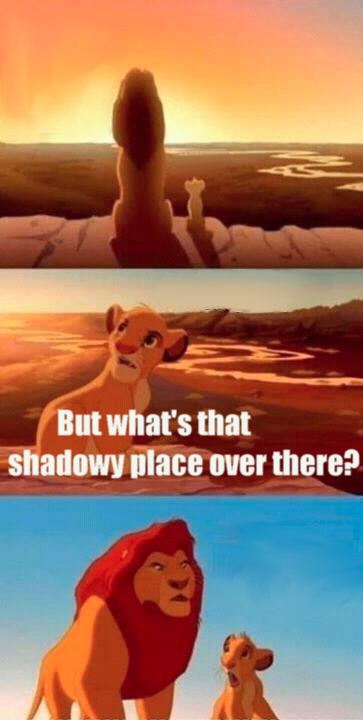 Professional photographers know the importance of good light. Even if you’re just taking iPhone pictures (or not taking pictures at all), the right light can really make a familiar place feel magical. One of my favorite memories is getting up early and driving to the top of a nearby hill to watch the sunrise with my sister. We completely missed the sunrise, but it was fun trying to make it in time.

Think of something you love to serve as your map. It could be sushi. It could be cute doggies. It could be rocks. I have a theory that the nerdier and more specific your theme, the better. Hit up all the spots that pertain to your theme!

#9. Go to the same place at different times of day or days of the week.

Possible places to consider: parks, churches, coffee shops. Hell, even the grocery store is a whole new place at 3 a.m.

Obviously, a person writing a blog about places in songs is biased, but songs are a great way to feel more grounded in a location. If there’s no songs specifically about your hometown, write one. Or maybe a just a silly limerick or two to start.

If you have any other ideas or experiences about exploring your hometown, post in the comments! Or if you write silly limerick, share or tweet me @beating_path

I took my own advice and crossed off #1 on the list earlier this week and went to Temple Square. It’s literally 3 blocks away from my apartment, a quintessential touristy spot in Salt Lake, and a bit, err…complicated…for reasons I’ll explain in my next post. So stayed tuned!